We meet every first Wednesday of the month at 6:30 p.m.

Grunt is king. It is the ubiquitous task runner used for most nodejs projects and has quickly expanded to conquer other software ecosystems. However, its kingdom is vulnerable. Grunt does not align well with many nodejs paradigms and is notorious for its harsh learning curve. Meet Gulp, the challenger in the taskrunner revolution. Gulp’s easy configuration produces an easy learning curve, and its alignment with nodejs paradigms eliminates the friction. Grab your ticket, your foam finger, and your team-colored face paint and witness the battle, the revolution, and the crowning of Gulp.

The deck is already online, too at speakerdeck.com. 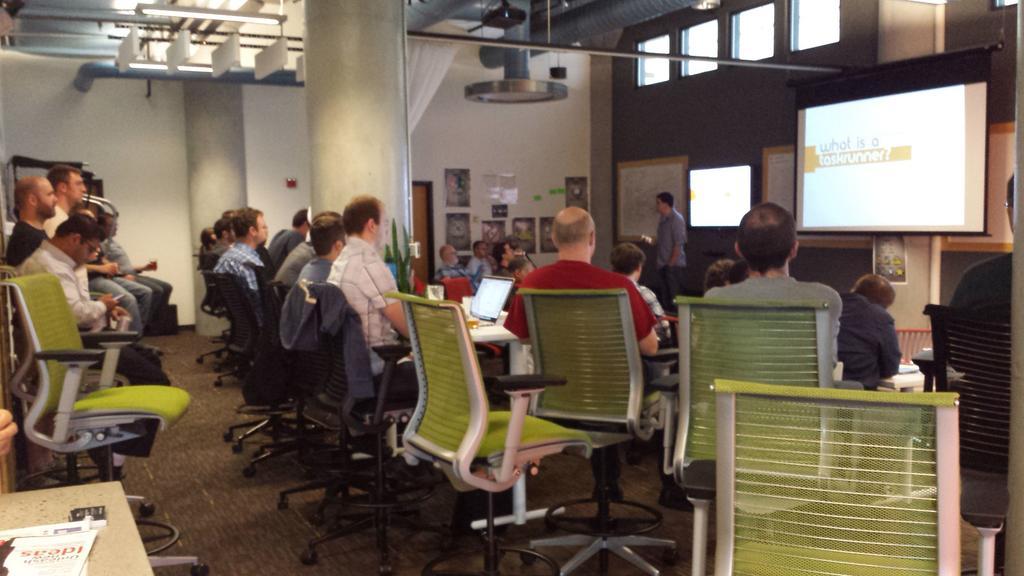